Blog - Latest News
You are here: Home1 / The Lie That Launched My 57 Year Career 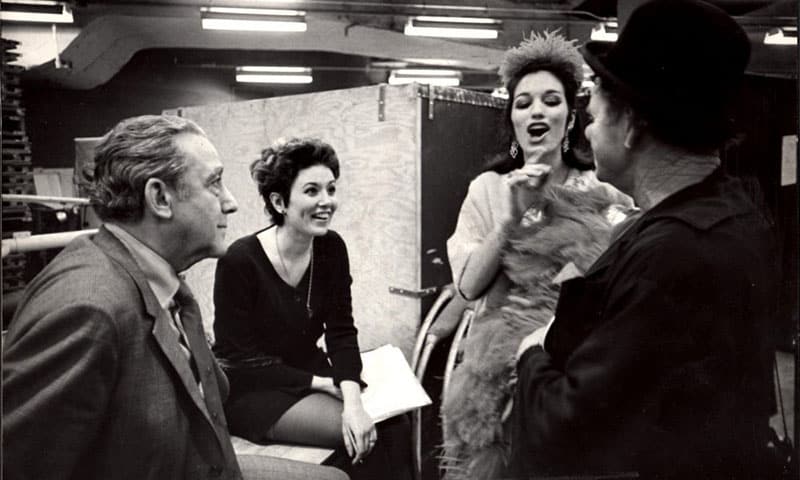 My next interview was at William Douglas McAdams, Inc., then the sixth-largest medical advertising agency in the U.S., still in business today. I was hired as a lowly Photo Researcher. This meant that I had a desk next to several tall file cabinets filled with headshots. My job was to find the right photo for each story. After barely two weeks of this, I was ready to pull my hair out. Boredom and frustration can be a heady mix. So every day, I stood outside the men’s room. When Editor-in-Chief Harry Henderson came out, I waylaid him. “Harry, I can write. I can write. Please give me a chance!” I begged. After a relatively short period, Harry relented. “Okay here,” he said, “Write me a few paragraphs on this news report. Let me see it whenever you’re finished.”

I stayed up all night writing that damn thing, the subject of which I have forgotten. I handed it to Harry the following day and went back to sit in my file cabinet hellhole. Those were the days when everyone arrived at nine sharp and ran out at five sharp. At 5:05, Harry called me into his office and handed me back my story. My lead was changed, and there was blue pencil all over, with my paragraphs moved around into a different sequence. After holding my breath all day waiting for what I hoped would be high praise, this felt like “the end.” Abject failure. I burst out crying.

Harry was puzzled. “Why are you crying?” He asked. “I thought I was a writer,” I blurted out. “You are,” he said. “This is light editing.” He smiled. “I have an opening for an Assistant Account Executive. You start tomorrow.”

Harry Henderson is long gone, but I will love him forever because he gave me a chance to begin my writing career. That was far from “light editing,” but he saw something in me, and I made sure I never to let him down. The first thing I did was mentally teach myself how to translate medical jargon into popular mass-market language.

After two years turning scientist and doctor-speak into easily understood copy, I interviewed at McGraw Hill and was hired to write for two of their magazines: Engineering-News Record and Medical World News. I proposed a series on doctors with unusual careers at the latter publication. They loved the idea and sent me forth. I wrote two for physicians who worked part-time, as needed, at Madison Square Garden. One assignment was “Doctor at the Circus.” (Note to Judy: Explain what this was.) Another was on March 8, 1971, in the “Fight of the Century” at Madison Square Garden. The unbeaten Frazier won a unanimous decision as he handed Ali the first defeat of his pro career. I sat ringside with the doctor who was on call for the boxing match—although he and I had to keep getting up and going into his basement office as several of the 25,000 spectators would show up with medical conditions. One guy suffered a heart attack, and some patrons started fighting. That dramatic article, “My Night at the Ali-Frazier Fight with the Ringside Doctor,” caught the attention of the then MSG owner Irving Mitchell Felt and he asked them to bring me in for an interview. Thus began four years running P.R. for MSG.

It was a heady time. I loved getting to know all the Knicks players—Walt Frazier, Earl “The Pearl” Monroe, Bill Bradley, Willis Reed, and Dave DeBusschere. But after numerous distant cousins kept begging for Ranger Playoff tickets, and I could no longer bear to see shackled elephants every circus season, I interviewed for the New York March of Dimes and became their Director of Public Relations. Among the programs I started—the March of Dimes Read-a-thon. Next, I was interviewed by Sylvia Lawry, whose brother had M.S., and founded the National Multiple Sclerosis Society. Sylvia hired me as Director of Special Projects. I was responsible for creating press kits and writing releases and articles to be personalized and used by hundreds of local divisions throughout the country. It was a fantastic job, and I stayed there for more than three years until I was two weeks from giving birth to my daughter Heather. Then I took a few months off and went in another direction, to do P.R. and Development (fundraising) for the Visiting Nurse Association of Staten Island while writing lots of freelance magazine article

After two years at the VNS, I was ready, willing, and able to start up and run my own P.R. Agency in midtown Manhattan. We did well, had clients from many industries, and there were 14 of us at one point. But then, one fateful day in August—I remember it was 95 degrees in the shade— as I commuted home in the dark, exhausted and especially tired of being everyone’s Jewish mother. I was more like a therapist, putting out emotional fires and not writing. Back home with the A.C. on high, I had a long-overdue conversation with myself. What could I do to work at home, hopefully as a solopreneur, and still make a decent living? My beloved three-bedroom, three-bath Upper West Side co-op sat empty all day. My tiny Chihuahuas waited patiently for me. This was long before we all began working from home.

Happy to say that while it wasn’t easy, as nothing new ever is, getting the first ghostwriting project and then successfully publishing and promoting that book was the hardest—but it became easier with each successive project as I found my sea legs. All my experiences—everything I had done up to that point–gave me the self-discipline I needed to be productive at home and on my own. Bottom line: I made it work.

I was 65 when I started Katz Creative Books and Media. From book one to book fifty has been quite a journey, and I’ve loved every minute of it to this day. If I can make such a significant change at an age when most people are retired, or contemplating it, so can you. Or maybe you are ready to retire, but if so, please retire from your work only—not from life. That’s what this column is all about: choices! Don’t you love those? Especially the choices you give yourself. They are the ones that count.

I’ll close with a heartfelt thank you to Harry Henderson for believing in me and giving an annoying young woman who pestered you the opportunity of a lifetime.

Supergenarians Give Us Hope for Living Longer—and Better