Blog - Latest News
You are here: Home1 / Supergenarians Give Us Hope for Living Longer—and Better 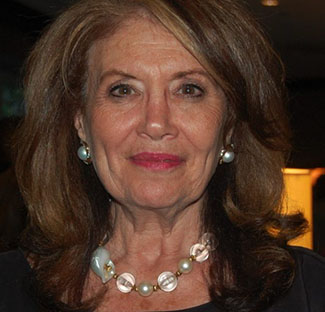 As of September 30, 2021, the oldest living person was Kane Tanaka of Japan at 119. She is only four years shy of breaking the record of the oldest person ever, which currently belongs to Jeanne Louise Calment of France, who lived to be 122. Supercentenarians are still uncommon, although the numbers of people—more women than men as it turns out—who live from ages 100 to 122 are growing.

My boyfriend Jerry Siegel lived till seven weeks shy of his 99th Birthday. We all just mourned the death of Betty White, who was within reach of her 100th Birthday.

These people who break through to extreme older age are still the exception. But we as a species are living longer. In 2020, life expectancy at birth was 77.0 years for the U.S. population. Compare that to 73.7 years in 1980. You’re likely to live longer than your parents, and your children will likely live longer than you. Records are made to be broken. That is the history of human progress.

Am I suggesting that we can each potentially live to 122? Not really, although I did love it when one supercentenarian, Zhang Kemin, from Jinjin in China, said that a lifetime of smoking, drinking, and eating whatever he wants is the secret to his long life. Kemin also said during a TV interview that he never worries about what he eats and hardly ever gets annoyed.

Never getting annoyed seems a bridge too far, but before you stock up on smokes and hard liquor, consider some other factors, such as his level of constant activity as a farmer that he and others like him engage in daily. Many of thes elders still get up at the crack of dawn to feed livestock, eat the healthiest self-grown foods, and in some case have an active sex life well into their 90s, judging by the number of children many of them produce. Should we feel sorry for these wives—or envy them? From his photos, Zhang was still a handsome feller at past age 100, just as Ms. Kane is still lovely at 119.

My point is at age 81, I have every right to think of myself as a person who still has a bright future, and so do you. My best days may well be ahead of me—rather than behind—and I believe the same can be true for you. Business insider ran this inspirational list you might want to take a look at: https://www.businessinsider.com/100-amazing-accomplishments-achieved-at-every-age-2014-3

Here are just a few of those featured folks ages 80 to 100 who have accomplished impressive feats:

At 80, Christine Brown of Laguna Hills, CA, ﬂew to China and climbed the Great Wall. You might not climb the Great Wall, but you can climb the stairs in your apartment building instead of taking the elevator. It’s great exercise—I keep meaning to do it but darn, the elevator shows up too fast.

At age 95, Nola Ochs became the oldest person to receive a college diploma. She hopes to encourage people to keep on learning and tells her grandchildren, “If grandmother can do it, you can.” You can promote a better understanding of older adults and combat ageism among your grandchildren—or other people’s young children or grandkids.

At 96, Harry Bernstein published his ﬁrst book, “The Invisible Wall,” three years after he started writing to cope with loneliness after his wife of 70 years, Ruby, passed away. Why aren’t you writing your memoir? Hey, talk to me if you’re interested.

We don’t need to look too far for famous people making the most of their third act. Mel Brooks is 95 and works every day. He has not slowed down much. Lily Tomlin (82) and Jan Fonda (84) continued their spectacular careers with seven seasons of “Grace and Frankie.” Our beloved James Earl Jones is 90, and Harry Belafonte (my not so secret crush) is 95. For me, those two gorgeous guys are red-hot to this day.

Daphne Selfe, now 93, had this to say: “seemed to have gained the title oldest professional fashion model. I’ve been modeling since 1949. I truly believe life gets better.”

The following blog will talk more about people in their 80s and 90s who have set world records or are still actively engaged in their professions. In addition, I will begin interviewing some of these remarkable people. I think we will find inspiration and some well-kept secrets they may have not yet shared. Stay tuned, my dears—we are in it to win it: a longer life with continued breakaway success. And while you can hold the smokes, a glass of fine wine sounds pretty good right about now.

The Lie That Launched My 57 Year Career
Scroll to top