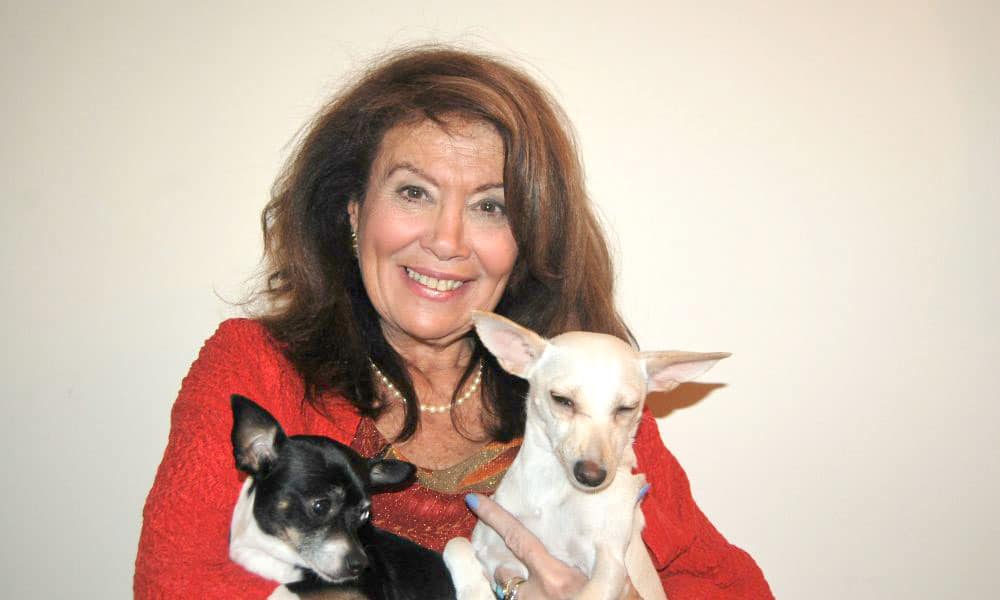 A new column about humans and their four-legged family members. By Silver Disobedient Judy Katz

This new column will explore the after-life. No not what happens after we die. Rather, it will be about what happens when many of the major milestones in life have been accomplished. For example: when we are empty-nested, or widowed, or working out of our homes, or otherwise on our own in a new way, which we can call Act Three. Specifically I am going to write about how our four-legged, canine friends factor into our lives. This first story is mine. Keep reading this column for others—and feel free to contact me if you’d like to share your story.

Did you know that there’s a new survey out in which a majority of the people surveyed said they would rather spend time with their pets than with their fellow humans? A sad state of affairs and undoubtedly exaggerated. But is it really? I live alone in a 2,000 square foot co-op on the Upper West Side of Manhattan. Since I broke up with my last boyfriend and swore off online dating it’s been just me, Gretchen and Sophie. Don’t pity me:  I’ve had three husbands and many delightful relationships since, so I haven’t missed anything in that arena. I do like and even selectively love my humans. But at the end of the day—and at this stage of my life—I am content to live with my four-legged companions. I don’t see this as a bad thing, and I firmly believe I am not alone in this.

Sadly, last week Gretchen died. Her outsize personality still echoes through the hallways and rooms and in my heart. Sophie too clearly misses her cuddle-buddy. Gretchen was a mere five pounds of Chihuahua pulchritude but she had definite attitudes, likes and dislikes. She barked relentlessly at policemen on horses, street sweeper trucks, and most other dogs. She came from a puppy mill down south, and had two litters of pure Chihuahuas before she somehow got pregnant a third time with a non-Chihuahua, and for that reason was promptly put in a kill shelter.

She was only a little past two when she came to me—having been a teen mom for sure. Smart as a whip, she took to wee-wee pads immediately, but on street walks raised her back leg to pee like a boy dog. She was a sexy girl, humping her “boyfriend” regularly—a stuffed bear dressed as a chef who when humped said “I love chocolate!”

Gretchen was only ten and her brain cancer came on quickly. First she had seizures. She was treated for that, but it was only a symptom of what was happening in that tiny head. Within a week she was gone, despite veterinarian intervention.

My daughter Heather, my executive assistant Layla and I sobbed our eyes out when we had to say goodbye. When we returned home Sophie looked confused. Where was Gretchen, she obviously wondered. I felt her confusion and depression, so I did what I thought would be best for my beautiful beloved, 6 year old, 11 pound chi mix: I put applications in for three older Chihuahuas named Gigi Hadid, Monty and Maggie. They were from three different rescue groups. I outlined the home I could provide. I served up three references, my vet’s name at Lincoln Square Veterinary Hospital, and other information they asked for, all of which I hoped would showcase me as a promising pet parent for any one of these little fur persons looking for a forever home.

One rescue group wrote back that they would call my references, call my vet and “speak to my landlord.” Interesting, since my mortgage was long since paid off and I did say I owned my own home.  But okay: this was a standard reply. The other two rescue groups got back to me with another standard reply in which they said that they get many applications for each dog and that I should be patient.

This is week three. Sophie and I are still waiting to hear back so we can welcome our new family member. I am glad that there are “multiple applications” for these three tiny dogs. What I wonder is—is it that small dogs are in more demand? What if I had opted for one of the large dogs languishing in cages because no one steps up to foster them? Perhaps one of the many pit bulls? I do love larger dogs; not a pit bull fan however, though many people who live with them do swear by them—especially those on the TV show “Pit Bulls and Parolees.” I have had large dogs in the past, including a Brindle Boxer and a Yellow Lab. But at this point the strength and exercise needs of larger dogs does not fit in with my more sedentary lifestyle, given that I now work from home ghostwriting books and often stay in on the coldest or iciest days.

While I admit that I am finding the adoption process puzzling, given the excellent home I can provide, perhaps I am being unfair to even raise these concerns, given that rescue organizations are essentially volunteers doing the best they can. Bottom line:  to me, rescuing a dog is the only way to find your ideal four-legged dogter or son. Why would you not want to give an orphaned, often neglected and even badly abused canine a new chance at life—while adding years of joy to yours?

The next column / blog will be about my first and last date with a man and his dog Elvis. You won’t want to miss that tale—and it’s all true! Meantime, thanks for listening. I would love your comments.

My Heart Bleeds for Innocent Would-Be Authors
Scroll to top